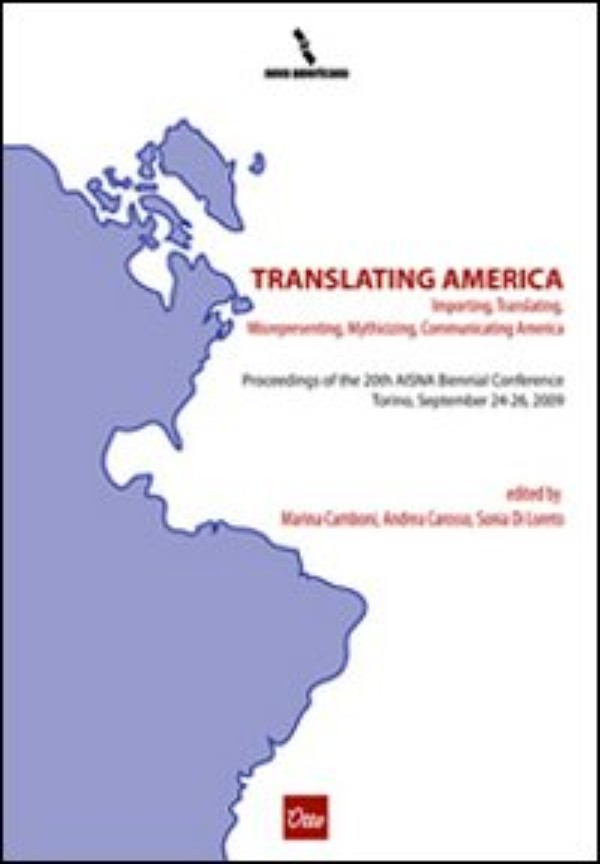 This online publication collects many of the papers presented during the 20th Biennial International Conference of the Italian Association of North American Studies (AISNA), which was held at the University of Torino on September 24-26, 2009. Translating America, the title chosen for the Conference, aimed at soliciting contemporary scholarship on the complex entity commonly known as “America,” and the ways it has been perceived, assimilated, translated, and even transformed, especially—but not exclusively—in Europe at different historical moments.The format of this publication mirrors closely those of the September 2009 conference. In the first part we present the three keynote speeches, which range form theoretical discussions of the notion of “Translating America,” to more historical and culturalist perspectives on specific instances of “translation” of American culture to Europe and vice-versa. In the following sections we collect according to the original order of workshops used during the Conference—those papers presented last September and later submitted for online publication.